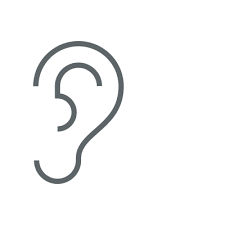 In her 94 years, Joan Krefft made a habit of taking the road less travelled.

In the post-World War II years, Joan, then aged in her mid-20s, rejected the traditional path for women of her generation and chose to pursue a career in nursing rather than marry and have children.

She had developed a passion for nursing while volunteering with the Voluntary Aid Detachment after leaving school in 1942 and went onto train as a nurse at RPA undertaking general studies and obstetrics.

She spent the next few years nursing in orthopaedics and was appointed Sister-in-Charge of RPA’s Clinical Research Unit.

A reference written in 1953 by Dr Charles Ruthven Bickerton Blackburn, the then-director of the Clinical Research Unit, described her as “a most efficient and conscientious nursing sister” and “very popular with the patients”.

Joan left RPA to travel the world, nursing in New Zealand and the UK, where the skills of Australian-trained nurses were highly valued. Her favourite patient was Lord Alfred Webb-Johnson, the surgeon to Queen Mary. Lord Webb-Johnson nicknamed her “Aussie” and her nursing duties included purchasing hors d’oeuvres for the weekly drinks he hosted for his fellow Harley Street specialists.

On her return to Australia Joan’s career took another twist when she accepted a position as Registered Nurse with the distinguished gastroenterologist Sir William (A.W) Morrow. Sir William was one of the founding members of RPA’s gastroenterology unit which in 1961 became the AW Morrow Department of Gastroenterology.

Joan worked as Sir William’s secretary and nurse in his Macquarie Street rooms for the next 20 years until his death in August 1977. Following his death, Joan applied for a position as a nursing sister with the AMP, armed with references from RPA medical staff.

“Miss Krefft ran Sir William’s rooms for the 20 years with enormous efficiency, and dedication and I know that Sir William came to depend on her in a very major way for the smooth running of his medical practice,” Dr Patrick Butler, consultant physician and Sir William’s Macquarie Street colleague, said in a 1977 letter. She got the job and continued working until 1989.

“Krefftie”, as she was known, had moved with her parents into a two-bedroom unit in Carabella Street, Kirribilli, on Sydney’s lower north shore, in 1960. Following her retirement she had more time for trips to Bathurst to stay with her Marsden College school friend Pamela Dutton and her family. She also resumed her travels and on a cruise met Kevin Diggle, a widower with four children. Over the next 40 years they travelled the world and enjoyed operas and concerts together.

In 2014 Joan moved from the Kirribilli unit to a nursing home. Kevin caught the bus to spend afternoons with her until he moved into the same facility in 2017.

When Joan died early 2018, Professor Geoff McCaughan, the Director of RPA’s AW Morrow Gastroenterology and Liver Centre, was overwhelmed to discover she had left her entire estate to RPA.

The furniture from Joan’s unit is now giving comfort to a family living in the District’s patient accommodation in Rozelle. Her writing desk is in the District’s executive support unit in the King George V building.

All proceeds of the sale will be donated to research into gastroenterology and liver at RPA.

Joan’s friend and long-time neighbour in the Carabella Street unit block, Barbara Cameron-Smith, said Joan’s parents need not have worried about their only daughter’s choice of career. In nursing she found a sisterhood and a ready-made family.

“A career woman at heart, she was unconventional for her time, a no-nonsense pragmatist to the end,” Barbara said.

Joan Krefft’s great grandfather, the pioneering Australian zoologist Johann “Gerard” Krefft, was one of the few Australian scientists of his time to accept and promote Charles Darwin’s theory of evolution by natural selection.

A prolific collector and extraordinary scientist, Krefft helped modern biologists understand much of what we observe and is renowned as one of the best early zoologists. He built up the Australian Museum’s collections and recorded through sketches and descriptions species that are now extinct.

Krefft was made Curator of the Museum in 1864 however his campaign for independence from the British scientific establishment and support for Darwin's theory led to his dismissal in 1874. He refused to leave and barricaded himself inside the Museum until he was forcibly evicted, still seated in his chair.

His name is immortalised in the names of many Australian species, such as the endangered Northern Hairy-nosed Wombat, Lasiorhinus krefftii and the Southern Dwarf Crowned Snake, Cacophis krefftii. To honour Krefft’s work and his public stand on the evolution of species, in 2014 the Australian Museum set up the Krefft Room in 2014.